So I get in moods, like everybody else. Sometimes I need to vent. Or sometimes I get excited and need to share. Other times I just think out loud about things like why Green Acres wasn't a bigger success. After all, they had a rather intelligent pig in Arnold, Fred & Doris Ziffels adopted son, who loved westerns on TV and still managed to get his homework done. This they cancel, and we get Different Strokes? Thank heavens for Soap. Wait a minute, what year is this? Sometimes I wonder how come the original Superman on TV, George Reeves, shot himself. Ya think he would've just dodged the bullet, or melted it midway between the barrel and his brain. But I guess it's a matter of acceptance. 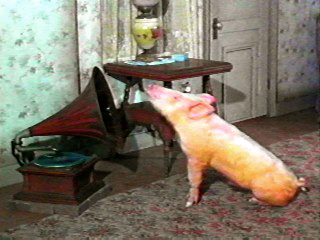 Which segues nicely into, the good folks at Boston Groupie News have asked me (don't ask me why, just accept) to write a column of whatever comes to my mind. That's a rather daring request in itself, as what comes in to my mind is barely acceptable for thinking, let alone print. But who am I to pass up free work. 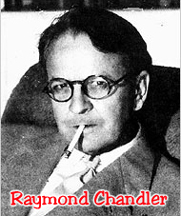 Raymond Chandler: Short Story; Red Wind. Read it the other night. I love pulp fiction, of most genres, but particularly hard boiled detective. Not my only literary staple, but a fave to go back to. Chandlers alter-ego, Phillip Marlowe had an expedient way with words. The dialogue was always quick, razor sharp and to the point. Yet Chandler's prose, often in the same story, could be panoramic and a wash of wonderful nocturnal vistas. His writing could sometimes be like Gershwin's Rhapsody in Blue, or as lethal as Link Wray's "Rumble". Anyway that was a good late Saturday night, after a gig, snack.

Johnny Come Lately: I never mind missing band wagons. I hate hype, so I tune in well after the fact. It's more fun, for me, to find out what and why I like something on my own, not just cause everybody says to. The Bambi Moletsers. I was net surfing the other day and found these guys. iTunes gave me choice samples. So this must've been one of those decades that I've lost to history or had dedicated to listening to fly-fishing on the radio.
But, Wikipedia says The Bambi Molesters perform regularly in Croatia and all over Europe...so this might explain it, I haven't been to Croatia since, I dunno. But they are good and moody, I like some Canadian Instrumental bands for the 90's like Shadowy Men on a Shadowy Planet (homage to the Shadow Man, Dashiell Hammett. Raymond Chandler tie-in, heh?). 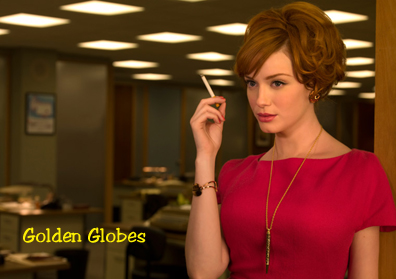 In Between the Cushions of my sofa I found DVD and Soundtrack to...
U-Turn - 1997.
It gets a 14 outta 10 on the ol' twistedometer, Oliver Stone's next stop, is, the Twilight Zone when degenerate on the run, Sean Penn, breaks down in Mindfuck, AZ and seeks repairs from a rather in-bred , salivating Billy Bob Thorton, who spends his off time playing Twister with inflatable Judy Dolls, (not that there's anything wrong with that) and then the one-time Mr Madonna winds up as the apex in an impotent Elvis-wannabe and groupie Joaquin Phoenix / Clare Danes triangle, but only as trial run mind you, for the real match.
Constantly hot, it is the desert, and constantly in heat, it is Jennifer Lopez, with her wacko husband, Nick Nolte, and even wackier "lover" (?), town sheriff Powers Boothe. Make our man Penn, fall guy, middle man, patsy, dupe, would be Romeo, will be crunched, and hapless idiot. Meanwhile Vegas crime boss, Jon Voight (whose car was once owned by George Costanza), is looking hard for Penn's appendages as well as what they hold. Add in a clairvoyant, blind Indian and an amazing soundtrack and you'll definitely think twice about your next U-Turn. Great blind date movie. 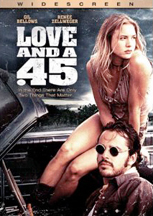 Love & a .45
another mid 90's romp in a run of Thelma and Louise meets Pulp Fiction try-it-agains. Another awesome soundtrack, only downside is that it didn't include Thee Milkshakes as did the flick. This has star-crossed lovers Starleene Cheetham (Rene Zellweger) and main hump, Watty Watts (Gil Bellows) finding Warhol's fleeting 15 minutes of fame as they shoot up half of central Texas while on the run from a botched in-convenient store robbery with psycopath partner, Billy Mack Black (Rory Cochrane). Buckets of blood and fried chicken with a side of gory gizzards splatter center stage on the ill fated run to Mexico. "I know, let's stop and see my folks!?!" Starleene shouts.
A voiceless Peter Fonda is great as acid head "dad" Vergil. Mommy, Thayleen Cheetham, is played by Ann Wedgeworth who does a great job filling in for a role best suited for Karen Valentine. Meanwhile the cops are in pursuit. Billy Mack Black along with his tweedle dum and tweedle dumber cohorts, Dinosaur Bob and Creepy Cody, are not far behind with a cache of weapons and an equal lack of brain cells from the constant Meth they thrive on. There's been better adaptations of the theme, but the "OMG mommy, we're on TV??" jubilation and "dad''s gift of some special acid he's been saving add comic relief to the carnage that ensues. The soundtrack brings it all back when entertaining guests on family occasions. Oop, careful, there's a little brain matter on your lapel. "More mac 'n' cheese?"

Time to Feed the Meter