Lyres and The Standells

Review and photos by John Keegan
Brighton Music Hall May 5, 2014 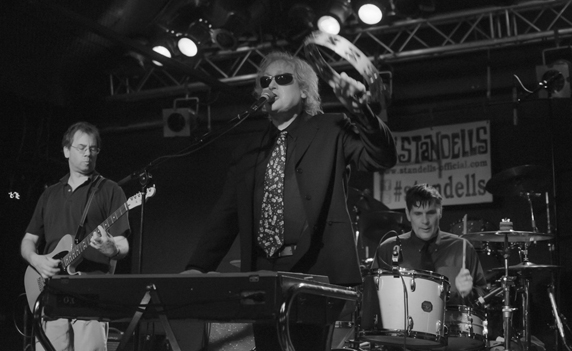 BMH was rockin. Ok, bobbing in place. This is Boston after all. It's a Monday night and the crowd needs a little lubrication from the band to get their fluids flowing.
I saw my first Connolly fronted band, DMZ, at a VFW in Melrose circa 78. Since then, in whatever Lyre incarnation, the boys keep swinging. The band keeps the tunes in the pocket. No psychedelic free-for-alls. No noodling. No hippie shit. Just Connolly's rhythmic, insistent Vox organ, concise guitar solos and a crisp rhythm section. You know these guys. They're old friends. If you've been out of town, the separation is wiped away by a shimmy of the tambourine. Toward the end they brought it down for three tunes "to give everyone's ears a break" (could you repeat that?).
Kudos to the couple dancing center stage front for both bands. Did that guy just do a split to the ground and spring back up? He did, he did do a split to the ground and spring back up. The pressure is on. Bring oil for the tin man's hips and knees. Bring a round of ibuprofen for the graying rockers at the bar. Bring on Lyres to blaze through a final declaration of support for Ann. Exit stage right. 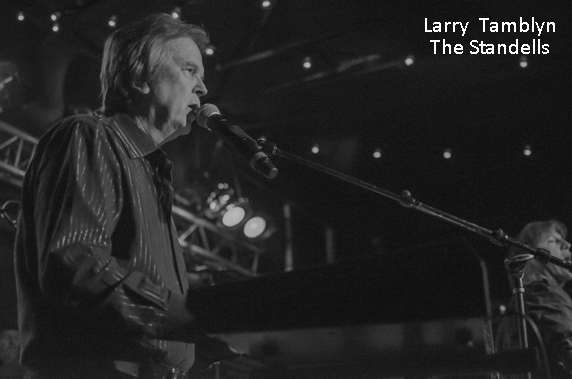 Q. What do you do when you are too old to rock n roll and too young to die? A. Ignore both bromides
The Standells take the stage. The crowd edges forward to welcome the band. The band is obviously glad to be in Boston where that big hit song has become the victory anthem of most, if not all, of our pro sport teams. Not content to be condemned to a diet of greatest hits, keyboard player and founding member Larry Tamblyn quickly notes that they have a new disc out. Not bad for a band that formed in 1962. They made most of their hay from 1964 to 1967 and the crowd was diggin' the time travel shindig. They had a little Riot on Sunset Strip, they spread some Love around with 7 x 7, they sowed the seeds of slam pits with Pushin' Too Hard and they reminded the rockin' mom's and dad's daughters that Good Guys Don't Wear White.

The new tunes hold their own. It's About the Money, Boston strong Boston Badass and especially the licentious She's Just 18 hit the sweet spot. The Standell's circa 2014 slightly incongruous secret weapon was guitarist Mark Adrian. Are those the subtle tones of 80's hair metal infusing a twist into the garage, pop and occasionally psychedelic proceedings? Tamblyn and Adrian bring the show - smiles, stories, metal-light riffs, guitar poses and touch of poison ratty guitar. Notify the CDC. We're infected and contagious.

Then they play the big one, twice. The first version is AM tight. They interrupt the program for a share the mike on the chorus Wooly Bully. Finally, the band hit the FM version of Dirty Water. Earlier in the set, the Standells tipped the hat to Lyres with a crunchy, punch-drunk version of Help You Ann. Connolly returns the favor by jumping on stage for a loose reprise of Dirty Water. He hollered out the choruses, banged that tambourine, did the shimmyshimmyshake and, like the audience, he had a smile that stretched from ear to ear.