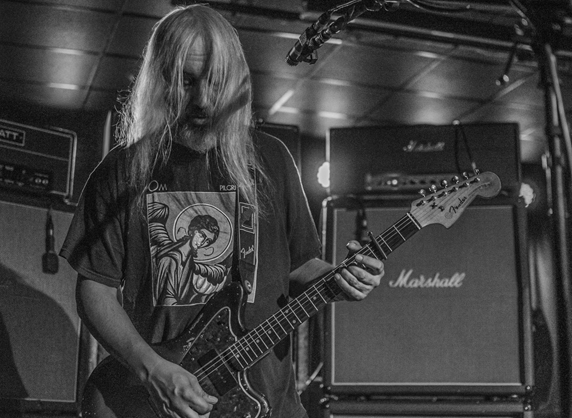 Route 109 from Wolfeboro to Portland is twisted and dark. It imposes its own speed limits. (Dip to the left). The road is indifferent to Ogre's 9 pm set. (Mobius strip flip). Don't hit the foxes. Ogre's last three minutes are the will call soundtrack. Asylum is a club complex. The music room opens wide and funnels toward the stage. It is relatively small - 450 capacity - has decent sound and good sight lines. The shiny happy decor implies HVAC. Nada. Tonight it's a steam room.

Smooth shorn Murph and the hirsute Lou Barlow bounce into place on drums and bass. A trim J Mascis saunters on. Bulbs of Passion sets the tempo and tone for the night, fast and, it goes without saying, massively loud. The crowd at the lip of the hip high stage is ready to take the tour. No lumbering Apatosaurus in sight. A raptor pack hunts in the reeds. They hit the Pond, they Watch Corners, they use sound to whip the crowd into spastic Pieces. That sinewy kid stage right is feeling Rude, he wants to get Out There and Feel the Pain. You can see it in his eyes, he's going for the standing triple gainer from the stage into the Tarpit.
Murph and Barlow roil like bubbles in a cauldron. They build and pop. Sometime in lock step, sometimes in opposition, always in time, on time, pushing the time. Barlow's playing is angular, occasionally melodic. He's drenched. Murph must work off a pound every couple of songs. He batters the drum heads and hits the towel after every tune. 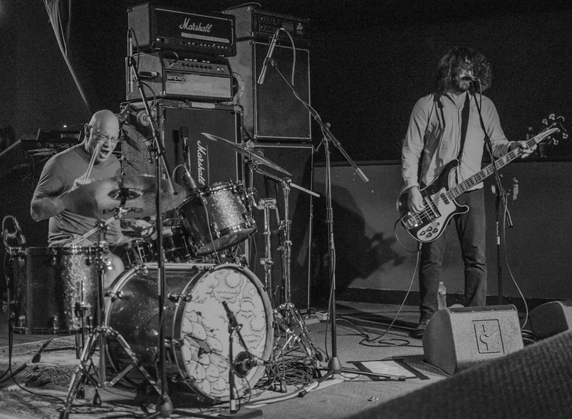 Mascis barely breaks a sweat. His rack packs an arsenal of pedals. Most are set and deployed. He toe taps the switch to play a call and response between two contrasting walls of sound. Did he just wink? Lou takes a couple of George Harrison turns on vocals. The temperament change sounds good and it's fun to see the Tyrannosaur play sideman for a tune or two. It isn't the night for the Dino to show its gentle side. Mascis' voice is clear, but enmeshed in the sound wall. No Flying Cloud sway tonight. No lilting Thumb allowed.
This dinosaur has roamed the landscape for eons. A consistent beast, a dominant species. The old and the new carry the same strong markings. Under the roar, the melodies are strong. Mascis' plaint, tremulous voice, sad sack romanticism, limited chord changes and the band's ugly beauty wall of sound continue to coalesce into great songs. When the meteors hit they call the pit to disorder with Freak Scene. We lift our heads to the sky and it looks Just Like Heaven. When the oceans rise the slightly surf riff helps us to Forget the Swan. Finally, when the shadow of the asteroid runs them down, they respond with a defiant SludgeFeast. Let's hope that the big one misses the Yucatan.