Past Journal Entries ...Click Here
My Back Pages - BARCELONA 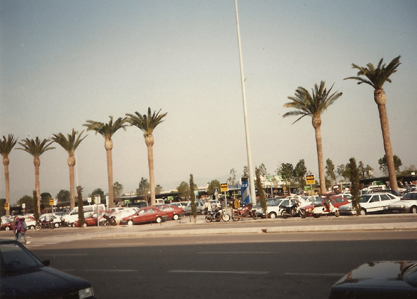 The avocado green wall-phone jangled noisily in the kitchen. My daughters cat "Sabrina", comfy on my warm lap, picked her head up from the intrusion, and then deftly poured herself onto the floor. She sat up, wrapped her tail around her paws, and looked up at me lazily, as if to say, "Are you going to answer that?"

"Oh, I suppose so," I said wearily, having just settled into my big blue overstuffed chair, ready to watch "The Bold and the Beautiful." Grabbing the remote, I clicked the mute button and dutifully padded off to the kitchen.

"Yello," I said, dragging out the first letter.

"Ya Jeff. Pretty hard to miss," I answered. Winter storm warnings were all over the twelve o'clock news. They're talkin' two feet of the lovely white stuff. Are we still on for tomorrow?" I asked, concerned about the upcoming Spanish tour, and our scheduled flight out of Boston tomorrow morning. 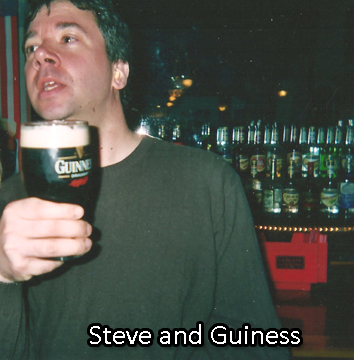 "Dude! All flights are cancelled tomorrow!" he said excitedly. Somehow, perhaps by the funny tone of his voice, I figured there's more. I am right.

"There's an Air France flight to Paris. It's our last chance to get to Europe before all hell breaks loose. From there we'll have to catch a shuttle to Barcelona," he explained.

"It leaves in two hours."

He drops the bomb and I know he's dead serious. International musical tours, even at our level - nightclubs, small venues and bars - are a planning nightmare, involving lots of phone calls, all of them made by Jeff, musical leader and acting manager. Bands don't travel overseas with amps and equipment, it's just too heavy, and therefore, too expensive. Instead, the equipment is rented. There's also a van and a driver to be hired. All this costs money, and on this outing, the first two gigs in the major Spanish cities of Barcelona and Madrid are so key to the financial well being of the tour, that if we can't play those gigs, we might as well stay home.

"Alright Jeff, understood," I said and slowly lowered the handset onto the cradle.

After five precious minutes the shock finally catches up with me. "Holy crap! I gotta leave like right now and I'm not even packed!" I immediately entered into crisis mode. My brain desperately trying to prioritize and organize. Must shower, don't know when the next one will happen. Where the hell is my passport? Jeez! All my good band clothes are in the laundry hamper.

I scrambled around the house, found my suitcase, threw it in front of my bureau, and started tossing stuff into it. When the bag was full, I tossed more stuff into my guitar case. After a thirty second shower, I called a cab. I figured I had ten minutes to make it to the Logan Express bus terminal in Framingham about five miles away. While frantically working the hair dryer, I heard a car horn. "Cabbie's early. Good," I said aloud as I flew out the door, wet hair soaking my collar. The cab was warm, its driver young and talkative.

"Hopefully Spain, by way of France."

At the busy Logan Express terminal, a big bus waited for one last lucky passenger: me. My stomach grumbled as we left the station and lumbered onto the Mass Pike. "This is nuts," I thought. "I didn't even have time to eat. But at least I'm clean!" 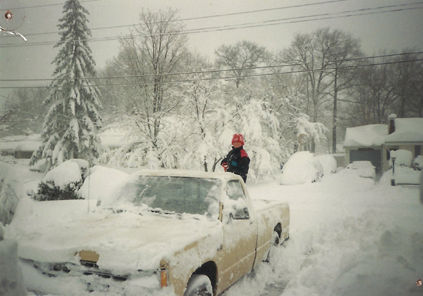 The snowstorm arrived. Snowflakes the size of cornflakes were falling at a good pace when I pushed through the heavy glass doors of Logan International Airport. Inside, the cacophony smacked me square in the face. I have never seen this place so busy. It's like everybody in New England is trying to get outta Dodge.

I found my bandmates Steve and Paul waiting at the end of a line that must be a mile long! "This doesn't look good." I thought. There are like 800 people in front of them and the flight leaves in 25 minutes.

"Hey, how's it goin' guys? Steve, I can't believe you made it here from Worcester! Where's Jeff?"

"Don't know, I just got here. I think we're going to miss this flight."

So there we were, drummer, bass player, and guitarist, just kinda hanging out in the back of this impossibly long line, people-watching, joking around and such, when I noticed a commotion at one of the service counters about half a football field away.

"Oh wow." I said. "Some idiot is causing a scene." We all looked over, somewhat amused. Hey! That idiot is pointing right at us! Now he's waving us over!" I saw a familiar shock of blonde hair. It's Jeff at the ticket counter!

With big sweeping waves of both arms he's motioning us to come. We quickly grabbed our stuff off the polished floor and ran towards him, ducking under the crowd control stanchions and ignoring the dirty looks from the eight hundred other people waiting in line. Somehow, Jeff had convinced the ticket agent to transfer and process all of our tickets together! It must have taken some real fast talking to pull that off. He was still talking a mile a minute as he quickly gathered our passports and handed them to the agent.

Only one carry-on was allowed, so Steve and I opted to check our bags and bring our guitars on the plane. With boarding passes in our hot little hands, we sprinted to the gate where a big jet waited for its last four lucky passengers: us! 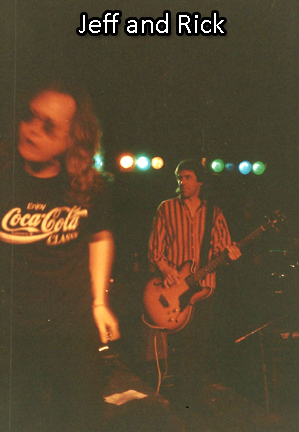 Big smiles lit up our faces as we transited the jet-way. We friggin' made it! We were actually getting on this jet, the very last one to Europe before the storm! An hour and a half ago, I was falling asleep in my Lazy Boy, and now we are on our way to Europe! Unbelievable!

Charles DeGaulle Airport, not surprisingly, is filled with Frenchmen. The French, as a whole, have a reputation for being aloof and even rude. I'm here to tell you it is well deserved. We were trying to get a flight to Spain and it's proving to be more difficult than it should be. The ticket agents were maddeningly slow and non-compassionate, especially toward scruffy American dudes with guitars. But Jeff is right there in the thick of it, battling it out, riding the edge so-to-speak. I didn't know if they were going to beat him up, throw him out, arrest him, or do all three. We missed three shuttle flights before they sorted it all out. I think they got so sick of Jeff they became compliant just to get rid of him.

Finally Barcelona! What's usually an eight hour trip has been a 23 hour ordeal. But as if to make up for that, the weather was absolutely beautiful: sunny and toasty warm with a slight breeze that barely wiggled the palm trees.

At the baggage claim area, only Jeff has the good ju-ju; his odd looking hard shell suitcase showed up immediately on the carousel. Paul, Steve and I were not so lucky. We waited expectantly, watching suitcase after backpack go by. After thirty minutes or so, it was obvious our bags were not coming. Now what? Adjacent to the baggage turntable was a little door. Tacked on it was a tiny sign with print so small that I needed to fish my glasses out of my jacket pocket to read it. It read in English: "If no bags, knock." So I knocked. The little door opened and a little man with a little clipboard emerged. He wrote down our names and our hotel info. That's it. "I guess we're going shopping," I said.

Later on at the hotel, after checking in and washing up, we were having beers at the bar when an airport delivery truck pulled up. An unshaven young guy in a dirty blue jump suit entered, plunked two bags on the carpet in front of the registration desk, turned on his heels, and walked out. I immediately recognized my old black leather roller and happily grabbed it off the floor. Paul did the same, but Steve was not so happy, in fact he never saw his bag ever again. Fortunately he had stashed some clothes in his guitar case, and like the rest of us, prudently kept his I.D. and passport in his pocket. After a trip to the farmacia for a new toothbrush and razor, he was all set.

Despite the inauspicious start - the rush to the airport, the long lines, the rude Frenchmen, the lost bags - our tour went well, the promoter was happy, the people danced, and I collected some great Rock and Roll memories. RC 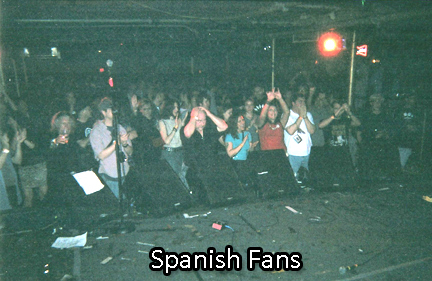