The Zeitgeist show drew out tons of Boston rockers. In fact it was so crowded that it was literally impossible to move in there…or to see the art! For that we had our own exclusive Closing Party on March 2rd. But as we say everyone was there…

We talked to Jeff and Jane Hudson; Jeff is teaching at an all girls' school corrupting young minds...or educating them properly, depending on how you look at it…Jane still teaches at The Museum School. They displayed digital photos each representing a different end of the spectrum so to speak. Jeff's photo Post Modern Landscape 1 is a super sharp photo juxtaposing a natural winter treescape with what, at first looks like a post-modernist sculpture, but turns out to be colored bars and circles double exposed on the print. Jane's piece, Stones III is a grainy pic of a monolithic stone with a flash of blue lightening over it. It makes you feel like you're in the middle of Stonehenge and have just "gotten it". Boom!

Speaking of Boom....Boom, Willie Alexander had 2 fun paintings in the show, Uncle Moe's looks like his Beat interpretation of a Gloucester restaurant menu, the other is a WA-style mixed media collage. I like WA's choices of colors, especially his blues..inspired by the sea at Gloucester I bet. His work is simple and straight ahead. He says these works are new and he's doing more painting. WA was there with photographer/wife Annie Rearick. 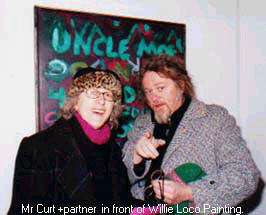 Roger Miller's frottage pieces are amazing. They are so well thought out & put together that it's hard to believe they are simply rubbings! Enhanced with a little hand drawing they look like Sci-Fi paintings.

Now, does Mikey Welsh have an original bone in his body is what I wanna know??? Jacob Wrestling with The Angel is clearly a Franz Kline (and maybe even Motherwell) rip-off while his other two pieces Suicide #137 & 138 are too totally Basquiat.

And Cynthia von Buhler's work is just too stiff , stylized and self-conscious for me. Though all the elements are there for some really sumptuous and gorgeous work; she is technically talented, has great knowledge of her subject matter and uses words in her work but she is a Graphic Designer and that shows. The 2 pieces she had in this show were better than other things I've seen though, the plaster and the actual hand done writing made me feel the touch of a human hand was there…a little. 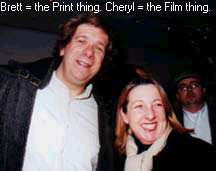 Wayne Viens attended, accompanied by his lovely, talented wife Linda Viens…both clad in fuzzy fake fur, they brought along sleepy little princess Ruby Viens!! Wayne had one really funny assemblage, his Elvis Shrine. I usually hate glitsy, kitschy stuff like this but his piece is so well executed and detailed and so over-the-top-elvis-like that it absolutely works!!! It's perfect!

Aca Brebner's assemblages just seemed childish to me…too toy and cartoon oriented….and dirty looking. Like an out of control boy who needs to go wash his hands.

Doug Slade's work was awesome! He makes really well thought out collages out of ripped brown bag and shiny gold paper, among other elements. All 3 of his pieces had perfect composition and just the right touch of drawing on them. Even his doodles on these pages are perfectly fitting to each piece, I'm not surprised one of them was sold! 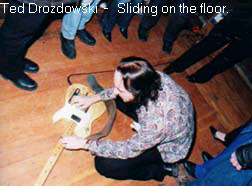 The other star of the show, in my book, was Adam Sherman whose work is captivating. At first I thought the medium was, my fave; compressed charcoal and erasure, but then I saw "inkjet print" on the label! He explained that he starts with a drawing, scans it, manipulates it in his computer then prints it out. Seed and Cross both looked like palimpsests or pages from an ancient book. April Morning really brought to my mind, the experience of finding a morning dew drop on a piece of paper.

Now, I have to talk about Peter Wolf. First off WHY would anyone put a EIGHTEEN YEAR OLD work in a show; one of his paintings was dated 1965!!!…I'd be ashamed and embarrassed…it should not have been allowed. And St. Pierre..his self portrait maybe, all black lines and garish (and NOT in an Abstract Expressionist kinda way) …BUT THEN I see this really technically well done little drawing in the corner. Of a woman with her head thrown back…not an easy pose to capture! It was Peter Wolf's!! WHOA! He CAN draw!! OK, so now I see him in a different light. I always just thought his work looked like it does because he had no talent, now I know that's not the case!! 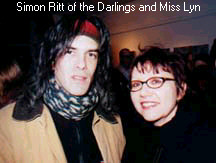 Robin Lane had some pillows...pillows??? They are really nice pillows but I thought this was an ART show?

Nancy Neon hit the nail on the head re: Jonathan Richman's work in her review in The Noise.

And Juliana Hatfield…oh how nice, she spilled some paint on a little scrap of paper and it looked like musical notes…and she's a musician!! Isn't that clever?!….Come on now!! 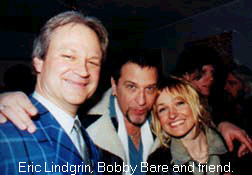 Other Boston Rockers in attendance were Simon Ritt (of The Darlings & easily THE handsomest man in Boston) and his gorgeous girlfriend Jan Collins. Mr. Curt and his partner. He is still producing music, experimental stuff and is in desperate need of a haircut and a shave!! Eric Lindgren of Arf Arf Studio was there…in a blue plaid Zoot Suit get up…hmm a sort of Black Watch statement. Brett Milano from The Phoenix was there, of course! Cheryl-Eagan D of Controversy Films showed up too as any good rock'n'roll film maker should!

Willie played some piano and Adam Sherman(Private Lightening, UGH!!) was playing some guitar. Ted Drozdowski (The Phoenix) was doing some wild & impressive slide guitar songs…ending up out in the middle of the crowd on the floor..which was the only seat in the place!

All in all, the opening was a success. As you can see from our photos lots of Boston music people were there. Oh! Zeitgeist art director Alan Nidle says they would like to do another such show with some of the "younger" bands playing out as well. Great idea…let's see what they have to offer! 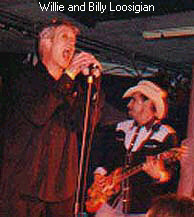 Just about everyone at the art show ended up at the gig at The Middle East which was packed. Red Chord was the opening band and got a great response from the audience. Understandably so, Andrea Gillis has a great voice - bluesy, belting. Robin Lane & The Chatrtbusters were next up and all the adult-contemporary loving folks went nuts for them.
Willie and The Boom Boom Band were the last band up. WA seemed much more at ease with his Boom Boom thing than he did last summer for their first reunion. And Billy Loosigian is always an awesome guitarist!! AND looks awesome in that cowboy hat!
My question is WHY did they have Johnny A get up and do a song when David Minehan was in the house??? He should've been up there for the guest spot. The crowd would have loved it judging from the reaction David got just from being part of the audience!! Poor guy couldn't even watch the show!! He was constantly being accosted by fans and well-wishers…including myself. I had to ask what he thought of our Judy Map Shrine to which he answered "Hey I can understand and fully approve . I mean she's the woman I married!!" 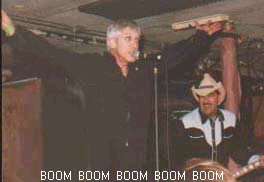 Jimmy Harold, owner of The Rat, was there!! He was enjoying the show from the side of the stage….it's great to know he is still in on the music…we talked to him and got the promise of an interview out of him!! So watch for that in the near future!